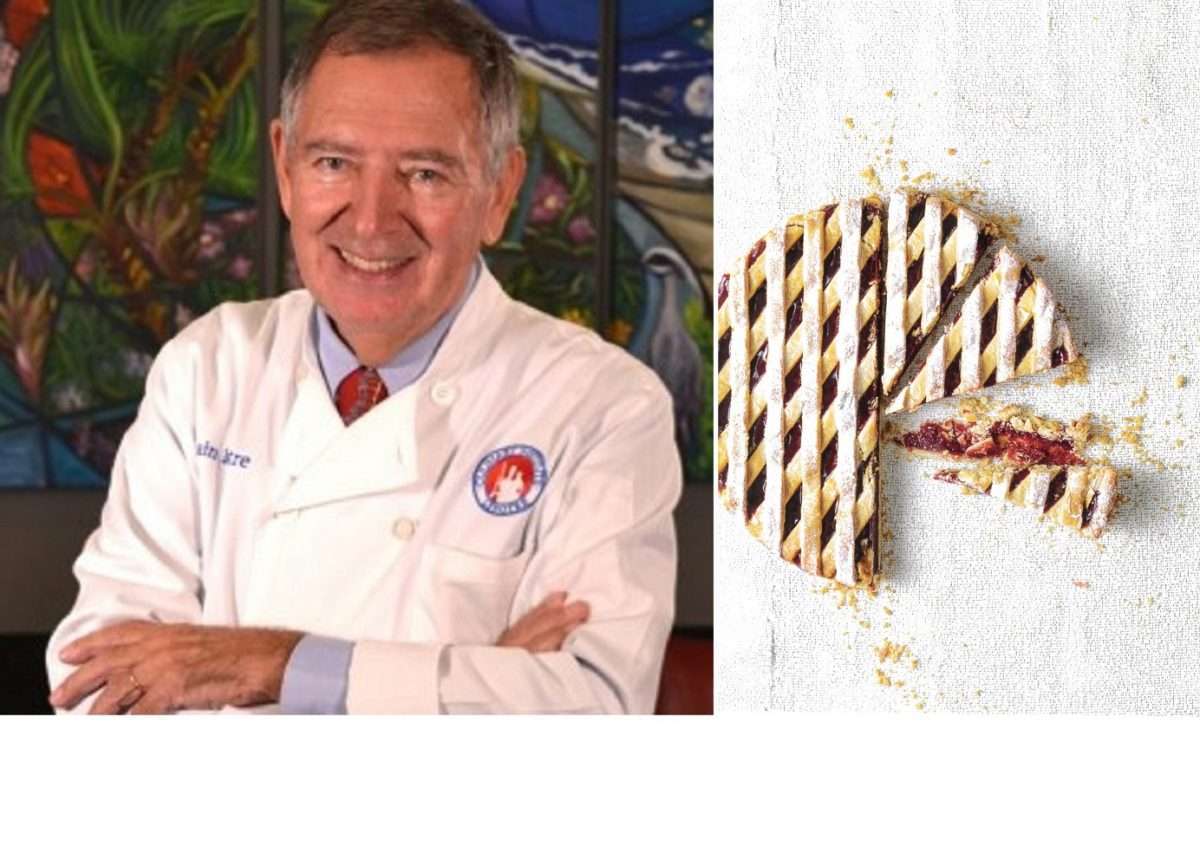 Join us as we welcome Chef Alain LeNôtre, who will be sharing his recipe for how to make a delicious Imperial Rice Pudding.

Alain LeNôtre was born on April 13, 1945 in Pont -Audemer, Normandie to Gaston and Colette LeNôtre. He is the third generation of Chefs in the LeNôtre Family. His father, Gaston, the world’s most famous Pastry Chef and caterer, is as admired as Anthoine Careme and Auguste Escoffier. His grandmother, Eleonore, was the chef for the Rothschild family. His grandfather, also named Gaston, was the chef at the Grand Hotel in Paris. In 1962, after high school, M. LeNôtre had apprenticeships and training in pastry, bakery, ice cream, chocolate, general cuisine, and catering at LeNôtre Paris laboratories.

In 1971, he created the Ecole LeNôtre next to the Family Central Kitchen of Plaisir west of Paris, the first continuing education culinary art school in France. From 1972 to 1982, M. LeNôtre served as Chief Operating Officer of LeNôtre Paris, also managing the catering department and the franchise network in Germany, Japan, and Brazil. In 1982, he received an MBA from the University Paris I. From 1982 to 1984, M. LeNôtre was the President of LeNôtre USA in Houston. In 1988, he and his wife, Marie, created the Culinary Institute LeNôtre in Houston, Texas. In 2021, the two-year college awarded four types of diplomas and three types of associate degrees and was ranked #1 Culinary Art College in USA for the third year in a row by Niche.com.

In 2021, M. LeNôtre contributed to the English translation and republishing of Faîtes votre pâtisserie comme Lenôtre (in English, French Pastries and Desserts by Lenôtre) by Flammarion with his sister Sylvie.  He is a father of 5 and a grand-father of 11. He received the Chevalier de l’Ordre du Merite Agricole in 2010, a Certificate of Congressional Recognition from the Honorable Pete Olson, member of Congress, in 2019 and was commissioned an Honorary Texan by Governor Rick Perry in 2002.

To order a copy of French Pastries and Desserts by LeNôtre, please click here.

A copy of the Linzer Torte recipe can be found here.

This event will be on Zoom and is free for all Alliance Française members, AATF members, and invited guests of the presenter or publicist. Non-members or persons who have no AF chapter nearby can purchase tickets ($10). Please click here to register.